WHAT IS MYOPIA? Nearsightedness, the ability to see close objects more clearly than distant objects. Distance vision is blurred. Myopia can be caused by a longer-than-normal eyeball or by any condition that prevents light rays from focusing on the retina. Most forms of myopia can be managed with corrective lenses.

WHO IS MYOPIA CONTROL FOR? Myopia control is for children between 6 -17 years old. Why should you be interested in myopia control? Because slowing the progression of myopia may keep your child from developing high levels of nearsightedness that require thick eyeglasses and also a higher risk of serious eye problems later in life such as early cataracts, glaucoma, a detached retina or permanent reduced vision from myopic degeneration. There are no shortage of theories on the mechanisms of myopia development and progression. Genetics, near work, time indoors, artificial lighting, diet; all these factors have been investigated as potential causes and /or correlates to myopia. If your child has myopia (nearsightedness), you’re probably wondering if there is a cure — or at least something that can be done to slow its progression so your child doesn’t need stronger glasses year after year. This treatment is directed towards your eight year old child that just progressed a diopter in 10 months. For example, if a child has –2.0 D of myopia that could potentially increase to –3.0 or –4.0 D with myopia control treatments, some parents might consider the treatment unnecessary. A -2.00 prescription still allows a child to read a book or see the alarm clock without eyeglasses 50 cm away. A -4.00 means that only objects closer than 25 cm are clear. Funtionally, this is a large difference. Parents would feel even differently about a child with –4.0 D of myopia who could potentially increase to –8.0 D. Any higher and the potential for laser vision correction may not be an option when they are older( LASIK requires a minimum age of 18 and a stable prescription) The aim of myopia control is to control the myopia. At this stage there is nothing that fully arrests it.

“Is there a cure for myopia?” We don’t have one simple answer.
TREATMENTS The success of treatment is dependent on the age of your child, the durrent prescription, the rate of myopic progression and the parents prescription history.
Fortunately, there are a number of strategies you can take advantage of to help slow your child’s myopic progression

ATROPINE- LOW DOSE
In some studies, atropine has been shown to be the most effective way of controlling myopia. Rates average out to about 77%. The treatment regimen requires patients or parents to admin¬ister 1 drop of 0.01% atropine, daily, in each eye. The time of administration is not very important but our optometrists prefer at nighttime. Low-dose atropine has minimal effects on pupil size, accommodation, and near vision, not like the normal stronger version used for other ocular tests. The average pupillary dilation with low dose atropine in the ATOM2 study was 1 mm. There have been some concerns about rebound effect when the drops are stopped so may be a good option in combination with other treatment below.
Treatment duration: Atropine drops are used daily for at least 6 months to see if it is working, and if it is having good results—i.e., myopia progression is lessening—then we contin¬ue for at least 1 year. If treat¬ment is stopped after one year and if myopia starts up again, we would restart for another 6 months or a year.
What to expect: In the first 6 months, the myopia may still prog¬ress—a finding that was also seen in the ATOM2 study. After 6 months, the progression should slow significantly to –0.50 D change, or less, per year.
Possible side effects: No side effects have been reported in any of the children in studies using low-dose atropine other than possible ocular allergy. Only with higher doses of at¬ropine which are not used for myopia control- tachycardia, altered mental status, dry mouth, urinary retention, constipation, and flushing skin have all been reported
Off label use: 0.01% atro¬pine is not available at pharmacies other than at compounding pharmacies. This is because atropine is only produced at 10x the dose used in myopia control and has to be diluted by a compounding pharmacy. Off label use means that the drug was originally produced for other conditions and has not been produced by a pharmaceutical company for this specific treatment. If parents are interested in this modality, a consent form must be signed.

MULTIFOCAL SOFT CONTACT LENSES Multifocal lenses are special lenses that have different powers in different zones of the lens to correct presbyopia as well as nearsightedness or farsightedness. Researchers and eye doctors are also finding that multifocal soft contact lenses also are effective tools for myopia control. Multifocal soft lenses are similar to ortho-k (about 48%) in their ability to slow progression. The drawback with any multifocal soft lens is that not only do the children need to be responsible enough to handle and care for their lenses; they need to have them on nearly all waking hours in order to maximize treatment effect. This modality may be one of the simplest yet effective treatment options.

ORTHO-K With an average reduction in myopia progression of 45%, Orthokeratology is certainly an option for patients. It is a great option for myopes between -1.25D and -4.00 D. Technically, for an optometrist, it is probably the most technically difficult modality to fit. Orthokeratology is the use of specially designed gas permeable contact lenses that are worn during sleep at night to temporarily correct nearsightedness so glasses and contact lenses aren’t needed during waking hours. Evidence suggests nearsighted children who undergo several years of orthokeratology may end up with less myopia as adults, compared with children who wear eyeglasses or regular contact lenses during the peak years of myopia progression.

MULTFOCAL EYEGLASSES Multifocal eyeglasses also have been tested for myopia control in children, but results have been less impressive than those produced with multifocal contacts. Results show that it is most effective for a child having esophoria – a condition measured in an eye examination.

NATURE VS NUTURE Myopia is an adaption of modernity. There is no argument that the prevalence of nearsightedness is much higher today than it was even 30 years ago. The rapid increase in prevalence alone answers the nature vs. nurture question. Myopia genes didn’t suddenly come out of hiding and start turning half the population into myopes. Myopic parents have children who are more susceptible to becoming myopic but many parents who are not myopic, now have myopic children. That leaves the environment as a culprit with alot of potential factors. Is it the light? Is it the near work? Is it the exercise? Is it the diet? Is it retinal defocus? Is it time spent outdoors? . We can recommend that your child detach himself/herself from the tablet, go outside, run around, play in the dirt, come inside for a dinner of minimally-processed, whole foods, and then go to bed on time regardless of refractive error. That’s just what kids should be doing. Unfortunately, we all know the reality of compliance to lifestyle modification recommendations. The threat of an increased prescription probably won’t be enough to cause a radical change in a family’s life. So the only option we are left with is to develop some protection from the environmental factors primed to turn your child into a myope.
Recommendations: Screen time- none for children under 2 years of age, 1 hr/day for children 2-5 years of age, 2 hours/day if older than 5 not including school and alternating between distance and near.
Spend minimum 2 hours/day outdoors

RESEARCH
ATROPINE – low dose
Results of studies of atropine eye drops to control myopia progression have been impressive — at least for the first year of treatment. Four short-term studies published between 1989 and 2010 found atropine produced an average reduction of myopia progression of 81 percent among nearsighted children. However, additional research has shown that the myopia control effect from atropine may level off after the first 1-2 years of treatment.
MULTIFOCAL CONTACT LENSES
In 2010, researchers from Australia, China and the United States presented data from a study of experimental myopia control contact lenses worn by Chinese schoolchildren for six months. The contacts had a special dual-focus multifocal design with full corrective power in the center of the lens and less power in the periphery.
Participants were between the ages of 7 and 14 at the onset and had -0.75 to -3.50 diopters (D) of myopia, with no more than 0.50 D of astigmatism. A total of 65 children wore the experimental multifocal contacts, and 50 children wore eyeglasses. After six months, the children wearing the multifocal contact lenses had 54 percent less progression of their myopia than the children wearing eyeglasses.
In June 2011, researchers in New Zealand reported on a comparison of an experimental multifocal soft contact lens and conventional soft lenses for myopia control in children. A total of 40 nearsighted children ages 11 to 14 participated in the study. The children wore the multifocal contact lens on one randomly assigned eye and a conventional soft contact lens on the fellow eye for 10 months, then switched the lenses to the opposite eye for another 10 months.
In 70 percent of the children, myopia progression was reduced by 30 percent or more in the eye wearing the experimental multifocal contact lens in both 10-month periods of the study.
In November 2013, researchers in the U.S. published the results of a two-year study that revealed nearsighted children who wore multifocal soft contact lenses on a daily basis had 50 percent less progression of their myopia, compared with similarly nearsighted children who wore regular soft contact lenses for two years.
Children participating in the study ranged in age from 8 to 11 years and had -1.00 to -6.00 D of myopia at the time of enrollment.
ORTHO-K – In 2011, researchers from Japan presented a study that evaluated the effect of ortho-k lenses on eyeball elongation in children, which is a factor associated with myopia progression. A total of 92 nearsighted children completed the two-year study: 42 wore overnight ortho-k lenses and 50 wore conventional eyeglasses during the day. The average age of children participating in the research was about 12 years at the beginning of the study, and children in both groups had essentially the same amount of pre-existing myopia (-2.57 D) and the same axial (front-to-back) eyeball length (24.7 mm). At the end of the study, children in the eyeglasses group had a significantly greater increase in the mean axial length of their eyes than children who wore the ortho-k contact lenses. The study authors concluded that overnight orthokeratology suppressed elongation of the eyes of children in this study, suggesting ortho-k might slow the progression of myopia, compared with wearing eyeglasses.
In 2012, the same researchers published the results of a similar five-year study of 43 nearsighted children that showed wearing ortho-k contact lenses overnight suppressed axial elongation of the eye, compared with wearing conventional eyeglasses for myopia correction.
Also in 2012, researchers in Spain published study data that revealed children 6 to 12 years of age with -0.75 to -4.00 D of myopia who wore ortho-k contact lenses for two years had less myopia progression and reduced axial elongation of their eyes than similar children who wore eyeglasses for myopia correction.
In October 2012, researchers in Hong Kong published yet another study of the effect of ortho-k contact lenses on controlling myopia progression in children. A total of 78 nearsighted children ages 6 to 10 years at the onset of the investigation completed the two-year study. Children who wore ortho-k lenses had a slower increase in axial length of their eyes by 43 percent, compared with kids who wore eyeglasses 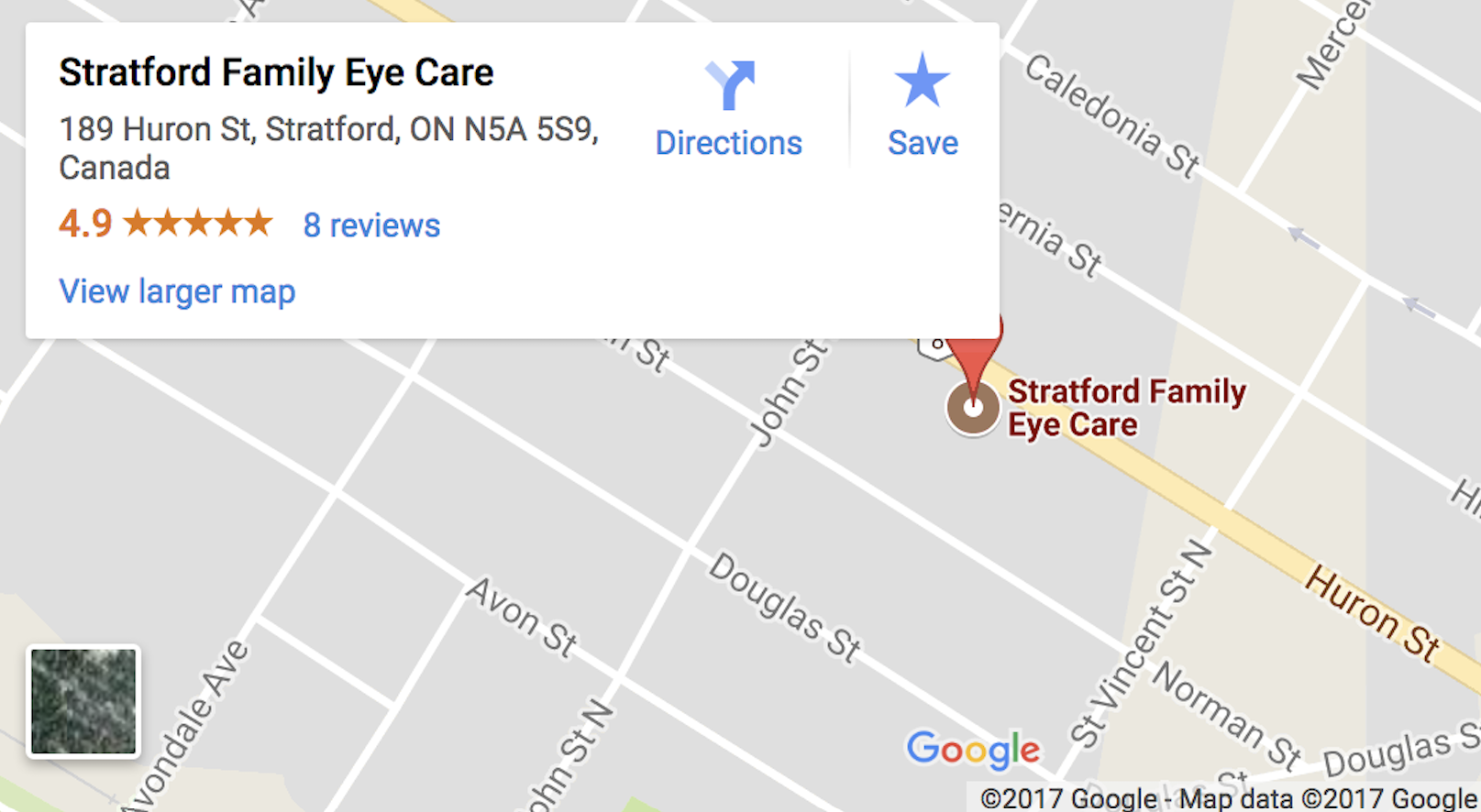